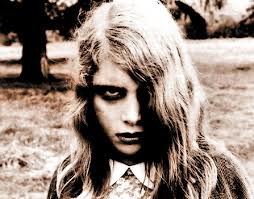 I’m deeply indebted to the international Epica creative advertising awards – on which I served as a juror – for giving me nightmares. Every year, the awards betray certain cultural themes – performing dogs, hyper-animated babies, whatever – that have successfully invaded the collective unconscious of the creative community. This year, alas, it is Zombie Apocalypse, in which an epidemic number of the flesh-eating undead manage to bring society as we know it to its knees.

Here’s one particularly absurd example of the genre, which didn’t in fact make the prize-grade. It’s called “CPR makes you undead” and hails from the Heart and Stroke Foundation of Canada. Yes, you read right.  The premise? You’re a survivor in a post-Apolcalyptic landscape and you have a cardiac arrest – after, as it happens, catching sight of an army of hungry Zombies coming your way. Well, who wouldn’t? But wait, here’s the twist. The Zombie is your friend, the one who calls 911 for a (non-existent) ambulance and proceeds to carry out emergency resuscitation. After all, what use are you to a Zombie if you’re actually dead?

“Regardless of age, everyone can benefit from the lesson embedded in humor in the video,” H&SFC director of health promotion and public affairs Mark Holland tells us, “As zombies covet only the living, they need to move quickly to bring cardiac arrest victims back to life. We all should do the same.” He truly is having a laugh isn’t he? After watching this, you might prefer to be dead.

Have no fear, though: civilised society is fighting back with every manner of golf club, fishing rod, tennis racket and football that Norwegian sports equipment supplier XXL can furnish:

This commercial (my thanks to Messrs Stephen Foster and George Parker; I’m assured it’s a direct rip-off from Shaun of the Dead) has just been banned on Norwegian TV prime time after a Facebook campaign of vilification. Apparently, it’s “stupid and provocative”. Not to mention derogatory to the human rights of zombies. If they have any.

Most disturbing by far, however, is this gory viral for ZombiU – a survival horror video game which leans heavily upon the freeze-frame reveal technique used with such great effect by Philips’ “Carousel” Cannes winner a few years back. “ZombiU” won Ubisoft, which edited it, a gold in Epica’s Animation category. Arguably it’s most haunting element is the soundtrack…

Happy dreams everyone. And more on the other Epica winners anon.