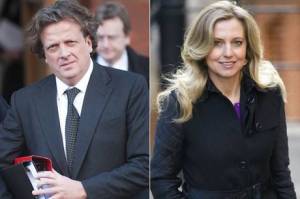 The Rabelesian guffawing in The Mirror’s newsroom when Trinity Mirror’s chief executive announced her unlamented departure is now reduced to a sullen whisper.

Who will be next, the hacks timorously wonder as they survey the seismic damage caused by this morning’s fresh round of top-level sackings? Out, in short order, have gone Richard Wallace, editor of The Daily Mirror, and Tina Weaver, veteran editor of The Sunday Mirror. In has come Lloyd Embley (who? – formerly editor of the People) as the new editorial supremo of a “merged” 7-day-a-week Mirror newspaper.

In a classic example of tabloid double-think, Embley told his shell-shocked team: “This is not a slash and burn exercise. Nor is it about managing decline.”

Isn’t it, Lloyd? Difficult to see what else it might be. Certainly not a strategic decision, made from strength. Nor, to use some ghastly marketing jargon, is it “proactive”. Indeed, as so often in the world of newspapers, Rupert Murdoch continues to take the credit, having got there first with the 7-day Sun – while Trinity hobbles behind, a lame second. If the two editors were stunned by the manner of their summary dismissal this morning, they can hardly be surprised by its ultimate cause. All the circulation gains accruing to The Sunday Mirror after Murdoch unexpectedly closed the News of the World were wiped out almost overnight by his introduction of The Sun on Sunday.

If this brutal step-change really is, in the words of the Trinity statement, “a further step towards creating one of the most technologically advanced and operationally efficient newsrooms in Europe,” why on earth didn’t senior management have the courage of their convictions and implement it before?

Because, let’s face it, it isn’t really a step-change at all. And because, where newsrooms and newspapers are concerned, there are more important things than being “technologically advanced” and “operationally efficient”. Like keeping your journalists on side. Which is difficult when you are savagely cutting their numbers to achieve shareholder “value”.

What seems to have occurred here is some highly expedient corporate chicanery. How can it be that Sly Bailey, the lame duck outgoing chief executive, has been allowed to make these changes, changes she would never have dared to make before she resigned? Simple. The new board, and particularly the new chairman David Grigson, needs someone to hide behind, someone who is now totally expendable.

This may not have been Grigson’s only calculus, however. The suspicion is Trinity used this occasion to cleanse its Augean Stables. We’re still waiting to hear the full unexpurgated version of former Mirror editor Piers Morgan’s flirtatious relationship with the truth about phone-hacking, but last week moved a little closer to full disclosure with Jeremy Paxman’s testimony to the Leveson Inquiry. Wallace and Weaver were both later contemporaries of Morgan, who stepped down from the Mirror in 2004. Like two Wise Monkeys, they have joined Morgan in a deaf-and-dumb denial of complicity in phone-hacking culture. Which – who knows? – may be entirely justified. But just in case, why not get rid of them at this opportune moment? They are, in any case, very expensive; and they were, no doubt, utterly opposed to the concept of sacrificing one of their editorships on the altar of a 7-day newspaper.

And yet the real casualty here is the brand. Sunday newspapers, and not just red-top Sundays, are looking like an endangered species. Who will be next to join the 7-day bandwagon? The Independent/Independent on Sunday? The Guardian/Observer?

Sunday newspapers are being eroded not simply by shrink-fit publishing economics but by changing reading habits. After all, who these days seeks the wow-factor of a good old-fashioned scoop over their Sunday bacon and eggs?

Will the last unindicted Sun journalist please turn out the lights?

A News International spokesman tells us Sun editor Dominic Mohan is “not resigning” in the wake of 5 more high-profile arrests of his senior colleagues.

Well, thank goodness for that. Someone has to be there to switch off the lights, and there now seem precious few editorial staff of any standing who aren’t on bail, or facing the threat of arrest.

The climate of fear at The Sun is, it would seem, being deliberately intensified by the police, in the hope of breaking NI’s culture of omerta and persuading more witnesses to squeal on each other. What other interpretation can be placed on police commander Sue Akers’ decision to organise the two waves of arrests, a week apart, as high-drama “dawn raids”, timed to coincide with Sunday newspaper interest? Whatever these men may or may not have done, they are not gun-runners, drug-traffickers or international terrorists. So why the heavy-handed police choreography, if not to a) impress the public that the police are at last getting tough on corruption and to b) create maximum distress among the people at NI?

As the web of alleged corruption spreads to more police officers, the army and the ministry of defence, it has emerged that Rupert Murdoch will be making a special pilgrimage to The Sun offices to personally reassure its staff he will not be doing unto them what he earlier did to their colleagues at the News of the World.

Maybe not, for now. But one thing I suspect we won’t be hearing much of from here on is Son of NoW, the Sun on Sunday. The Sun is a broken brand.

The latest wave of arrests will also put pressure on other parts of The Sun’s ultimate owner, News Corp. It could turn the screw on a Federal investigation into alleged racketeering. And, nearer home, it will surely rekindle calls for an investigation into News Corp being a fit and proper holder of a TV licence. Should BSkyB’s share price be seriously depressed as a result, you can be sure that – for all their stalwart support of James Murdoch up to now – the board will have no compunction in firing him as chairman.

UPDATE 18/2/12: First, some humble pie. “One thing we won’t be hearing much of from here on is the Son of NoW, the Sun on Sunday”. Er, no. Rupert Murdoch has just given his personal assurance that the launch will go ahead “very soon”. Industry experts believe this means some time in April, possibly the 29th.

However, what may play well with demoralised Sun staffers is not guaranteed to be a publishing success. Particularly if more distracting scandal damages the Sun brand in the meantime. And who, given the unbridled brief of the MSC to cleanse the Augean Stables at News International, can say it will not?

Labour MP Chris Bryant, who has been leading the anti-hacking campaign in parliament, neatly expresses the commercial paradoxof an SoS launch: “He (Murdoch) is meant still to be ‘draining the swamp’ and yet the swamp is meant to produce another newspaper.”

As it happens, Murdoch seems to have lost his sureness of touch in the realm of newspaper launches. His foray into the London freesheet market, with thelondonpaper, certainly did financial damage to Associated Newspapers, owner of London Lite and (at that time) the paid-for Evening Standard. But News International lost heavily on the project and eventually had to close it down.

The SoS will be launching into a rapidly declining market. Ad revenue was down over 17% last year (end of January) and – even stripping out the now-folded News of the World – the underlying slide was 11%. Readers are deserting too. And their contribution, in the form of circulation revenue, is even more vital to mass-market tabloids than advertising. The only way in, it would seem, is a price-war. That may well damage the SoS’ prime adversary, the Sunday Mirror. But whether it will create a financially viable Sun on Sunday is a moot point.