Does Dare still have the branding skills to make a go of £28m Gio Compario win? 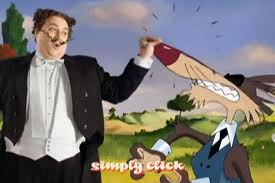 At virtually the same moment trendy digital agency Dare triumphantly announced it had won the £28m Gocompare price comparison account, it also had to make an embarrassing disclosure.

It had just lost Danny Brooke-Taylor, the executive creative director who, probably more than anyone else at the agency, had laid the groundwork for this signature – and possibly breakthrough – business win.

Tempting though it would be to dismiss Brooke-Taylor’s so-far-unexplained departure as an ironic footnote to a much bigger event, it is much more significant than that.

The fact is Brooke-Taylor is, or was, almost the last man standing from one half of what – only 18 months ago – was hailed as an historic agency merger.

That of Miles Calcraft Briginshaw Duffy – the traditional, craft-based agency incarnate – with Dare – now celebrating its tenth birthday, BBH-bred, and one of the most respected digital agencies on the London scene.

MCBD was lauded for its branding skills, its professionalism and its blue-chip client-list. But was viewed, in the nicest possible way, as a little out of its time in the agency world, with a bias towards print advertising. Worse, it never seemed to make quite enough money. Dare, on the other hand, was cutting-edge and dynamic, respected for its management skills, but apparently incapable of producing stand-out creative work – a criticism frequently, and with some justice, levelled at digital agencies.

By this time, both agencies were owned by marketing services aggregator Cossette. After a heavily leveraged buyout from public company status, Cossette in Europe was itself undergoing a rebrand (as EdC, or Esprit de Corps), one of whose principal features was the promotion of Dare founder Mark Collier to EdC group chairman. No doubt hoping to make a virtue out of financial necessity, Collier and his colleagues saw lots of “synergy” (and who’s to say they were wrong at the time?) in bringing the two agency brands together.

The resultant merger of Dare and MCBD left us in little doubt as to who was on top – the MCBD name disappeared, as well it might given MCBD had a staff of 77 at the time, and Dare one of 189. But that numerical supremacy was not reflected in the senior management line-up. Helen Calcraft, the “C” in MCBD, was the new executive chairman; Andy Nairn, the executive planning officer at MCBD, was chief planning officer; Danny Brooke-Taylor, ex-TBWA  – and MCBD ecd since 2007, joined forces with Dare founder Flo Heiss as joint executive creative director; and Michael Pring, MCBD managing director, became managing partner at Dare.

However, the balance of power within the merged agency was critically affected by the loss of MCBD’s signature £25m Waitrose account, which conflicted with Dare’s Sainsbury’s digital business. And, as if this were not enough, public sector advertising – one of MCBD’s fortes – imploded following the Government’s decision to close down the COI.

I know what experienced agency hands are going to say. Mergers were ever thus. They are a polite fiction – designed to keep the clients in ignorance – for a Darwinian dogfight in which the weaker parties eventually take their money and run, or get run over.

Except, if that was the cynical calculus behind this particular merger, it has badly misfired. Too many top MCBD people have quit too quickly for client comfort.

To explain what I mean, let’s return to that £28m Gocompare account. The foundation of the win surely has roots in the past. I’m thinking of the £17m moneysupermarket.com price comparison business, wrested by MCBD from Doner Cardwell Hawkins – and stiff competition mounted by Fallon, Adam & Eve and BBH – in 2009, when Brooke-Taylor was MCBD ecd.

Not everyone was a fan of the work – fronted by comedian Omid Djajili – that followed (hand up, though: I was, especially the valedictory execution featuring Prezza and his two Jags). Arguably, MCBD – however entertaining it made the ads – failed to come up with a memorable enough brand-name mnemonic, and paid for it with the loss of the account early last year.

But it would be difficult to deny the agency succeeded in one crucial task where internet companies (and especially price comparison aggregators) often fail. It gave moneysupermarket.com a distinctive personality, backed by a compelling and entertaining narrative.

It is these skills that I suspect will be lost with the extinction of MCBD culture, even though the now-established asset value of that opéra bouffe chararacter “Gio Compario” should – in theory – make Dare’s task much easier second time round.

You know what your problem is Moneysupermarket? Your ad’s too British

What’s to dislike in Dare’s latest recasting of its Moneysupermarket.com campaign, starring Prezza? It’s spot on creatively, with a tightly directed script that makes the most of the former deputy prime minister’s touchy truculence and natural gift for hostility. From two jabs on the punchbag we move quickly to that other Prescott signature theme, his two Jags nestling under a tarpaulin, and the point of the ad – car insurance, and how you can cut a better deal with Moneysupermarket.

This is much the best in the series so far. Omid Djalili, the British-born Iranian stand-up comic, excels as the impish critic of our national reluctance to haggle: “You know your trouble? You’re British.” And in bulldog Prezza he has at last found the perfect foil. What an improvement on the leaden counter-weight of one-time Formula One champ Nigel Mansell, nice bloke though he no doubt is.

So, it’s an engaging mainly-for-TV campaign which appears to dispel the myth that digital agencies can’t really handle big brand stuff. Or does it?

If I have a quibble with the Moneysupermarket work, it’s this. Compared with the best work in this field – financial price comparison sites – the campaign fails to create an unforgettable mnemonic out of a difficult-to-remember brand name. Think of meerkats and Comparethemarket (VCCP); and then of that gravitationally challenged Edwardian opera star Gio Compario (GoCompare; ads created by an in-house team that originated at Boase Massimi Pollitt and was also responsible for Sheilas’ Wheels). Both enshrine the brand name. Moneysupermarket and Dare, on the other hand, have created a brilliant platform for Omid Djalili and whichever guest celebrity happens to appear in his 30-second TV show at the time.

I suspect this shows up in the research. A lot of people will identify that funny foreign bloke making jokes about selling insurance. But I wonder how many will remember the brand.

UPDATE 13/1/11: Spookily, Moneysupermarket has just put its ad account up for review. New broom Paul Troy, formerly Barclaycard’s head of advertising, has decided to hold ‘chemistry meetings’ with up to six agencies in early February. My point about digital agencies not cutting the brand mustard may seem a little unfair, given that Dare, one of the most widely respected digital shops, received an infusion of traditional agency talent after its merger with MCBD last November. However, although MCBD actually won the account in 2009, it is Dare management that is now driving the agency.