Too much spin on Tim Bell’s PR spin-off

Tim Bell’s getaway plane has received permission for take-off from the control tower and is now taxiing down the runaway. But will it actually manage lift off, or be bought back to earth with a pancake landing? Sadly, we’ll only know the answer on June 18th, date of the next gripping episode of this increasingly bizarre soap-opera.

The story so far. Bell, outwardly the bluff, iconic, chairman of highly successful communications company Chime, is inwardly tormented by thoughts of long-deferred retirement. How can this man of three-score years and ten enjoy his autumnal felicity without undermining the standing of the company in which he has invested so much? Initially in greatest secrecy, he and his boon companion Piers (whose own thoughts have been moving in the same direction) plot their escape – and come up with a foolproof plan to fund their retirement. What they’ll do is take with them a teensy-weensy bit of the company’s business and call it their own; so small in fact that shareholders won’t really notice it has gone.

After discreet soundings, it turns out that other members of the board are like-minded, though for slightly different reasons. They’ve never much enjoyed the core element of their otherwise respectable company being described as “The Dark Arts”; and have long since wondered how to pension the old boy off, without too much fuss. What a gift that Tim’s exit plan should, in a trice, rid them of both concerns!

The problem is, shareholders are not at all of the same opinion. On the contrary, they persist in the delusion – cultivated assiduously over the years by none other than Tim himself – that the dark arts are quintessential to the company’s wellbeing. And without shareholders’ assent, nothing is going to happen. At this stage someone (necessarily anonymously – we are, after all, talking about a publicly quoted company) comes up with a brilliant flash of inspiration. Why not confide the details of this plan – in strictest confidence of course – to Tim’s journalist mate, Mark? That way, everyone will know about it ASAP, and it can be presented to shareholders as a fait accompli, without the need for interminable negotiations to gain their consent.

In due course, a fully fledged management buyout document for Tim’s getaway vehicle, BPP, makes its appearance. It’s going to cost a very reasonable £19.6m, this new company. Reasonable for Tim and his friends, because that’s not an awful lot of money for what turns out to be 5 healthy PR subsidiaries. Reasonable for the board as well, because quite a lot of that £19.6m is going to be in cash, heading straight for the bottom line. And should it turn out that Tim and Piers have, unaccountably, been a little economical with their profit projections? Never mind, because Chime will still have a 25% stake in those profits – as holder of 4.1 million BPP shares.

So, perfect all round. But wait a minute, some of the shareholders are none too happy… one rather loud but diminutive individual is crying “Stitch-up!”.

Cut to runway again. A large fleet of dark-windowed Ford Mondeos is racing at top speed towards Tim’s accelerating aircraft. Will it be airborn in time? Find out on June 18th…

Belligerent WPP builds up its stake in Chime 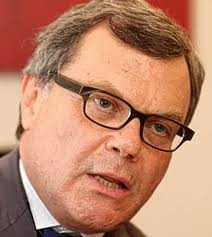 For those who – like me – have been following the buyout shenanigans at Chime with some bemusement (see my two posts here), the following item from Bob Willott’s Marketing Services Financial Intelligence will be of more than passing interest:

Chime Communications confirmed yesterday evening [Friday last] that long-term shareholder WPP has continued its recent buying of shares so that it now holds over 20% of Lord Bell’s group. By exceeding the 20% threshold, WPP is now entitled to increase its board representation at Chime from one to two nominees. Share buying activity by WPP was first reported by the industry research publication Marketing Services Financial Intelligence last December, noting that WPP’s holding had risen above the historic level of 15%. According to Marketing Services Financial Intelligence, the buying was attributed by Chime insiders to an attempt to restore WPP’s stake after it had been diluted by various share issues to vendors of companies Chime had acquired. “However, that explanation began to lack credibility as the share buying has continued”, commented editor Bob Willott. WPP is not under any obligation to make an outright bid for Chime unless its shareholding passes the 30% mark. Willott thinks that WPP’s share buying may have been influenced by the attempt being made by the two senior Chime board members Lord Bell and Piers Pottinger to buy out some of the group’s public relations business.

No kidding. As is well known, WPP is by far the largest stakeholder in Chime – and its boss, Sir Martin Sorrell, has been an outspoken critic of the Bell buyout.

I addressed this very issue of motive to WPP. Why was it stealthily upping its stake? “Good investment” came the cryptic reply. What, even if Tim Bell, Piers Pottinger and the best bits of the PR business were to leave? “Either way.”

Question: Does the inception of the Bell/Pottinger buyout plan predate or postdate knowledge of WPP’s share-buying activity?

How ironic, you might think, that a momentous development at the UK’s leading PR company should only come to light through an untimely leak.

Lord (Tim) Bell and Piers Pottinger, respectively chairman and deputy chairman of Chime Communications, are plotting their exit from the publicly-quoted company by means of a £20m buyout of part of Chime’s PR business.

How do we know this? Because Sky News City editor Mark “Scoop” Kleinman divulged it on Twitter yesterday. Interestingly, Chime did not deny the Tweet, merely noting in its statement that the two marketing veterans (they are 70 and 57 respectively), together with other, unnamed, members of the management team, may “pursue the possibility of … acquiring some of the businesses within the public relations division.” Significantly, no mention was made of the £20m figure that Kleinman had bandied about.

Whatever could this mean? The first thing to note is that £20m would not be nearly enough to buy out Chime’s PR activities, or even – it might be thought – the headline element of them, Bell Pottinger.

Admittedly things are not what they used to be in that division, ever since Bell Pottinger lost its biggest contract with the US government last year (the State Department Middle East one). Even so, and allowing for the depressing impact this loss will have had on growth, PR is still a very substantial part of what Chime does for a living. In the first half of last year, it was about 42% of group income. And, although full-year figures may soon put us right on this matter, there is no good reason to believe the sector is sinking fast. Chime, allowing for fluctuations in its share price, currently has a market capitalisation of about £165m. So a value of about £65m for the total PR business (before taking into account any premium to whet shareholders’ appetites) would seem not too wide of the mark.

True, other elements of the company’s profit stream are beginning to take up the slack left by PR. Sports marketing, in particular, can be expected to do sterling service in the year of the London Olympics. It is also well placed to capitalise on the World Cup of 2014 and the 2016 Rio Olympics. Advertising, in the guise of those meerkats at VCCP, is performing solidly. And even market research, mainly Opinion Leader, is described as in recovery mode.

That said, Chime without Bell Pottinger would be Hamlet without the Prince: surely inconceivable.

So what has been going on? Perhaps Chime chief executive Chris Satterthwaite had been discreetly readying a lifeboat, so the two veterans could slip overboard into the sunset of their years, taking with them some part of the PR business as booty. (It should be noted that Chime has a number of PR sub-brands, among them Harvard, Pelham, Good Relations and Ptarmigan – although it is near impossible to determine their individual profitability.) All this as a prelude to “repositioning” the business after Bell’s departure. That at least is financial specialist Bob Willott’s explanation of known events so far.

No doubt about it, Margaret Thatcher’s former adman is still a name to open doors around the world. But he is also a man who, not so long ago, had a triple heart-bypass. The issue of his retirement is not something that he, or the rest of the Chime board, can duck for much longer.

Leaks rarely happen entirely by accident. It may be one side felt that negotiations weren’t going as well as expected, and decided to accelerate the process. If so, the tactic seems to have backfired. The unexpected news of Bell’s possible departure has simply left shareholders baffled. “It makes no sense,” said one. “One day Tim’s leaving, the next day – an acquisition. It’s chaos.” Chime has just announced it is buying Succinct Communications.

UPDATE 4/2/12: Two-thirds of Bell Pottinger’s income in 2010 (the last complete record) came from the Middle East, according to Marketing Services Financial Intelligence, published by Bob Willott. Put another way, that’s 27% of Chime’s total revenue. Willott suggests that Chime’s increasing dependence on the Middle East for its PR revenue is an important factor in the buyout negotiations.