Supermarkets should remember the consequences of the Perrier scandal 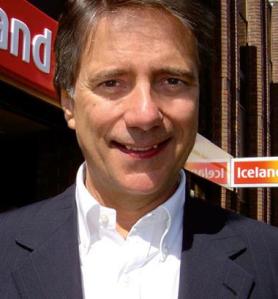 During the early part of 1990, health officials in North Carolina, USA, made an alarming discovery. Some Perrier bottled mineral water, whose purity was so legendary they had used it to benchmark other water supplies, was found to be contaminated with minute traces of benzene.

Benzene is a natural component of crude oil. Ingested in sufficient quantities, it can cause cancer in humans. Of course, there was no question of that happening in North Carolina. As a Federal Food and Drug Administration official drily observed at the time: “At these levels there is no immediate hazard. Over many years, if you consumed about 16 fluid ounces a day, your lifetime risk of cancer might increase by one in a million, which we consider a negligible risk.”

But no one was listening to the FDA’s voice of reason. Panic broke out all over the USA – and not just there. Perrier, at that time world leader in the mineral water category, was obliged to withdraw its entire global inventory of 160 million bottles. Brand integrity was further compromised by the discovery that the “natural” bubbles in the bottled potion were actually added back later. Perrier never fully recovered: it lost its leadership and became just another branded mineral water, albeit still a famous French one. Commercially, the crisis was if anything even more disastrous. The independent Perrier bottled water company was, within two years, sold to Nestlé.

I think you know where I’m leading with this. Fast-forward 23 years, to a full-page ad that appeared in yesterday’s national newspapers. It was inserted by Malcolm Walker, founder and chief executive of  leading UK food retailer Iceland. Its purpose was to divert responsibility for the horse meat scandal now engulfing our supermarkets by pointing the finger of blame at cheapskate procurement in local government, the National Health Service – and its equally unscrupulous counterpart in the catering industry – which has connived at bringing down processed food costs to their lowest possible denominator. Doubtless, judging from the ensuing squawks of indignation, the Iceland boss has a point – though how exactly his tirade exonerates the supermarkets from their own ruthless manipulation of supplier lines is not entirely clear. However, Walker does not stop there. Having scored some points on behalf of his sector, he then goes on to trash it by adopting a “holier than thou” approach:

“Iceland does not sell cheap food. We sell high-quality own label frozen food that is good value. We do not sell – and never sold – ‘white pack’ economy products.” Unlike, he carefully does not add, Tesco and Asda. And, just to ram the point home, he goes on to claim that “no horse meat has ever been found in an Iceland product”.

Well, almost none. At the bottom of the ad there is a mealy-mouthed admission that 0.1% of equine DNA was indeed found in two Iceland Quarter Pound burgers. But these don’t count, because the test, carried out by the Food Safety Authority of Ireland, was not an “accredited” one, and the discovered traces of horse were “well below the current accepted threshold level” of 1%. So, yaboo sucks to any critics.

Nice one, Malcolm. You’ve managed to spread, or at least smear, the blame far and wide, and thrown into the processor just a hint of xenophobia. Ireland, Romania, France – these horse-eating monkeys, they’re not like us – not to be trusted, whatever their professions of rigorously adhering to EU-wide standards. But, leaving aside the lowly populism of his message, Walker, in waxing eloquent about the infinitesimal amount of contamination in his own burgers, has committed a revealing tactical blunder.

The current food scandal is not about parts per billion contaminants found in horse meat; it’s about trust in the brand. Just like the benzene found in Perrier all those years ago, consumers would have to ingest an awful lot of horse burger infected with “bute” equine painkiller (over 500 250 gram ones, to be precise) before experiencing any appreciable side effect. But that won’t prevent them passing summary judgement on those august brands – at the head of the supply chain – that have allowed this scandal to happen: namely the UK grocery multiples.

One interesting aspect of this scandal is that its ramifications have now moved on from cheap lines of processed meat – in short, “poor people” – to ready-made meals. In the other words, the sort of thing consumed by affluent and articulate members of the middle-class. That’s bad news even for elite purveyors, such as Waitrose and M&S.

In all probability there’s nothing to worry about. But that’s not the point, is it? My local butcher tells me business has gone gang-busters over the past couple of weeks. And for good reason. In the past, there was a perception (false, as it happens, in many cases) that local businesses could not match supermarket fresh meat prices. Now, understandably, people seem a lot more concerned about local provenance. If you must have lasagne, it’s as well to see the meat being minced while you wait, rather than trusting the word of some supermarket about the integrity of its supply line.

This entry was posted on Monday, February 18th, 2013 at 9:16 pm and is filed under Advertising, Brands, Finance, Food, Issues, Legal, Media, Politics, Public relations. You can follow any responses to this entry through the RSS 2.0 feed. You can leave a response, or trackback from your own site.