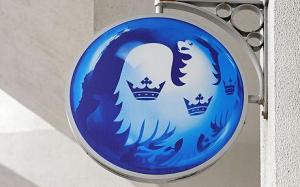 Tonight’s the night. The night, that is, when we finally discover who has won the much-uncoveted title of Bigot of the Year at the Stonewall annual awards.

Stonewall being a charity dedicated to promoting the civil rights of gays, lesbians and bisexuals, it requires little to imagine what kind of bigot might qualify for this category. Take any ante-diluvian churchman or off-guard Tory politician and you’re practically there as far as the longlist goes.

So far, so dull. But wait. This year, sponsors have decided to spice up the awards – by threatening to pull out if Stonewall goes ahead and announces a Bigot of the Year winner.

Coutts (RBS-owned, but sshh, don’t mention that to any of its wealthy customers) – which is only a category sponsor (the anodyne Writer of the Year) has already pulled its delegation from tonight’s hoe-down. And Barclays – which, rather more challengingly appears to be a general sponsor – has threatened to terminate its financial commitment.

Mark McLane, managing director and head of Global Diversity and Inclusion at Barclays told The Telegraph: “I have recently been made aware of the inclusion of a ‘Bigot of the Year’ category in the awards. Let me be absolutely clear that Barclays does not support that award category either financially, or in principle and have (sic) informed Stonewall that should they decide to continue with this category we will not support this event in the future. To label any individual so subjectively and pejoratively runs contrary to our view on fair treatment, and detracts from what should be a wholly positively focused event.”

So, righteous fulmination at the underhand introduction of a new category, eh, Mark? Well not quite. Some swift desk research, which even someone as grand as a managing director and head of Global Diversity and Inclusion might deign to do before opening his mouth, would reveal that Bigot of the Year has been a staple of the Stonewall awards since 2006. And, even more interestingly, Barclays itself seems to have supported the self-same awards since 2009. Now I know that there has been a lot of staff churn at Barclays recently and corporate memory tends to be – at the best of times – short. Even so, wakey, wakey, Mark. Or is Stonewall so low down the list of sponsorable causes that you simply haven’t noticed it before?

Either way, Stonewall should sack Barclays before Barclays sacks Stonewall. With friends like that… Surely corporate bullying is just the sort of thing Stonewall is trying to stamp out?

This entry was posted on Thursday, November 1st, 2012 at 3:06 pm and is filed under Brands, Issues, Public relations, Sponsorship. You can follow any responses to this entry through the RSS 2.0 feed. You can leave a response, or trackback from your own site.