The Sun recovers its moral purpose 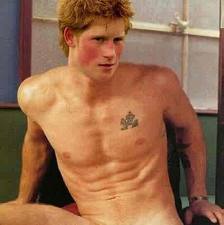 It’s time to embark upon a subject of the gravest national importance: the question of who should be allowed to see images of Prince Harry cavorting in a Las Vegas hotel room without any clothes on.

Many may find these images both aesthetically distasteful and irrelevant to their otherwise busy lives. But, on occasions like this, we must put aside such petty prejudices and brace ourselves to a task of greater moment, even if every sinew in our bodies aches to avoid it.

I refer of course to the Public Interest, and the media’s inalienable right to uphold it. Most of you will by now be uncomfortably aware that uncensored images of the Prince in his altogether have been circulating freely on the internet, where they pose an unrestricted threat to the morals of our minors (should they be unlucky enough to encounter them). Why should a few children be so privileged? Surely it is the duty of all citizens to immerse themselves in such tackiness in order that the Public Good prevail?

That is why the  time has clearly arrived to brush aside both the feudal obfuscation of St James’s Palace and the limp-wristed admonitions of the Press Complaints Commission. And publish and be damned.

Many newspapers, it must be said, have shirked this onerous responsibility – no doubt cowed by the poisonous, anti-democratic miasma that has descended upon freedom of expression in the wake of the Leveson Inquiry.

Thank goodness, therefore, for The Sun which, uniquely among the press, has proved itself an uncompromised standard-bearer of all that is best in British life. It alone has had the courage to publish something not only in the public interest but, much more important to our sense of national values, something that interests the public.

It was – naturally – a tough decision to publish, and one not entered into lightly. News International lawyers will have argued against further sullying a reputation already mired by the perception that The Sun is a cynical purveyor of double-standards and hypocrisy.

Not so, of course. As no less a person than Elisabeth Murdoch has just pointed out in her MacTaggart Lecture, “Profit without purpose is a recipe for disaster.” In the past, and under the misguided leadership of her brother James, it has to be admitted The Sun occasionally lost its moral compass in making an unprincipled grab for profits whenever the opportunity of a few extra newspaper sales beckoned.

But now, revitalised by a moral vigour flowing from the very top of the organisation that owns it, The Sun can proudly claim to have recovered its purpose in national life. As a muckraker.

This entry was posted on Friday, August 24th, 2012 at 8:47 am and is filed under Advertising, Brands, Issues, Legal, Media, Politics. You can follow any responses to this entry through the RSS 2.0 feed. You can leave a response, or trackback from your own site.