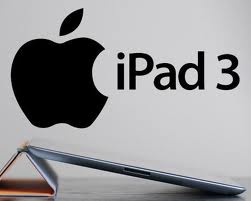 Unmistakable stress signs among competitors appear to herald a tectonic shift in the smartphone sector – to Apple’s advantage.

One rival RIM – maker of Blackberry – has retired hurt from the consumer ring. Another, Apple’s principal adversary in the field, is having to carefully rethink its ‘open-door’ strategy.

No surprise, perhaps, that the cracks are appearing at RIM, which has been heading for the casualty ward almost since the iPhone first appeared. After a disappointing financial year and downright disastrous Q4, new RIM chief executive Thorsten Heins has cleared out most of the old guard, including former co-CEO Jim Balsillie – still on the board – as well as the COO and CTO. And announced at the same time that RIM is all-but jettisoning the consumer market in favour of the business and public sectors.

At very least this means RIM will cease to develop content and music services. But the strategic review could signal a lot, lot more where that came from. Why exactly should business and government be interested in propping up the failing Blackberry brand, just because consumers aren’t? Even if they are, would RIM – so pared – still be a scalable global business? These are two of the questions Heins has, understandably, failed to answer so far. And yet, even at this stage, he has admitted that the future is “outsourcing” and possibly a trade sale. Echoes of Palm here, the PDA innovator which – despite a superior operating system – was eventually gobbled up by Hewlett-Packard.

More nuanced than Blackberry’s rout is Google’s response to worsening sales figures in the most hotly contested smartphones sub-sector, tablets. Here, Android-powered product is being squeezed by the exotically priced but more glamorous iPad (entry-level, $399) and the bargain-basement ($199) Kindle Fire, made by Amazon.

Reportedly, the search and smartphones titan is preparing to sell Google co-branded tablets directly to consumers through an online store.

That shocking, you say. So what?

Superficially, Google adding its awesome brand to the Android-powered tablet platform looks like a sign of strength. But that’s not what the techno-commentariat to a man and woman believes is behind the move.

On the contrary, they say, Google is attempting to shore up its position in a fracturing market. Unlike Apple, which maintains a dictatorial control over its operating system at all levels of innovation, manufacturing and distribution, Google has always favoured a laissez aller approach. By opening up its Android operating system to outside manufacturers such as Samsung, HTC and ASUS. This strategy has the merit of reducing development costs and potentially speeding up market penetration, with the corollary of making a killing in the apps field. If it succeeds, that is. But the downside is a lack of quality control; meaning that the Android brand and, indirectly, Google will be tarnished by the poor performance of its weakest collaborators.

It is this perception of fragmented user experience that has driven Google to intervene more directly in the market by taking over distribution.

With what effect we shall see. Commentators have been quick to point out that Google has tried this stratagem before, with the HTC-manufactured Nexus One smartphone.

This entry was posted on Saturday, March 31st, 2012 at 12:23 pm and is filed under Brands, Public sector, Technology, Telecoms. You can follow any responses to this entry through the RSS 2.0 feed. You can leave a response, or trackback from your own site.