Havas’ David Jones – the man who would be king 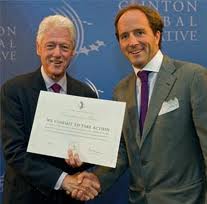 What a week to be away. Mark Lund, chief executive of the COI, announces he is quitting after only two years (it’s usually a five-year contract) to return to the private sector. There could be no bleaker verdict on the outlook for public-sector marcomms expenditure in the foreseeable future.

Meantime, David Jones (on the right) has emerged as group CEO of Havas’ global operations. Jones takes over from Fernando Rodes, who has held the post since billionaire financier and industrialist Vincent Bolloré first became chairman and principal shareholder (35%) of Havas.

At first sight, the management shake-up comes as a complete surprise, with Rodes unexpectedly announcing his semi-retirement at a board meeting yesterday. In fact, the accompanying restructure has all the hallmarks of a carefully stage-managed event. It should also be noted that Rodes’ resignation comes precisely five years after he was installed in 2006.

Rodes has been competent rather than outstanding at the Havas helm, and seems to have been feeling the pressure from Bolloré. Global expansion has been hesitant and Havas’ recent set of annual results show solid rather than spectacular signs of recovery. They certainly lag the performance of the really big hitters such as WPP and Omnicom.

Rodes is a complex and somewhat enigmatic figure. He holds many trump cards: urbane, an accomplished linguist, well plugged into the Franco-Iberian business community, he is also a key player in MPG – a media planning/buying specialist set up by his father Leopold, and now a strategic component of Havas. But the appeal (like MPG’s) is regional rather than global. And he comes across as a somewhat reluctant leader.

Jones, whose middle name is ‘Vitality’, can be accused of no such reticence. For some time, he has been the obvious leader-in-waiting, as head of EuroRSCG Worldwide and latterly Havas Worldwide (meaning all of Havas’ global advertising operations). Which is where the recent growth, particularly in North America, has really been happening.

To these responsibilities will now be added MPG, plus other media buying units such as Arena. Note, however, that Jones’ own power-base remains intact: he will continue to be CEO of EuroRSCG.

He’s a shoo-in in other respects, too. Fluent in three languages (English, French and German), Jones has been an indefatigable performer on the world stage ever since he rose to prominence at Havas. He is a natural brand ambassador.

We should not underestimate his achievement, however. At 44, he is the youngest-ever CEO of a premier league advertising and marketing services group. He is also that extraordinarily rare phenomenon, a Brit in charge of one of France’s most cherished companies.

No pressure then, though I doubt he’ll show it.

This entry was posted on Wednesday, March 9th, 2011 at 8:21 am and is filed under Advertising, Marketing services. You can follow any responses to this entry through the RSS 2.0 feed. You can leave a response, or trackback from your own site.