Epica Awards give boost to France – and WPP 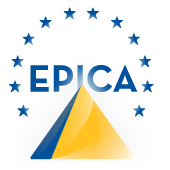 This year’s Epica creative advertising awards – the 24th in the series – sprang some interesting surprises. France was the lead country – both in the number of winners and total awards – for the first time since 2004. WPP’s Y&R was deemed the most creative agency group – far outdistancing the usual competition from the Omnicom Group. And one of the top winners was an iPhone app.

As one of the 26 trade journal editors drawn from across Europe to judge these awards (exceptionally, the winners are not decided by a jury of creatives) I can testify that recovery is definitely on its way – entries were up 10% this year to over 3,000. But it’s a patchy recovery. The year that has seen France emerge from a creative wilderness is also the year in which one of its two principal advertising trade magazines, CB News – founded by the legendary Christian Blachas, has gone into administration. Elsewhere, the quality of print work (at least, in my opinion) has improved after a long decline; by contrast this was not a vintage year for the television and cinema commercial.

A sign of the times was the ‘Streetmuseum’ iPhone’s app – devised by Brothers & Sisters for the Museum of London– bagging one of the competition’s top four prizes, the Epica d’Or for interactivity. With a museum as client, it was always likely to be a low-budget affair, but what good use it made of that budget. The app artfully exploits sized-to-fit historic photographs as overlays on present-day Google street-map technology to give a vivid impression of London’s past whenever a visitor looked up a landmark on his iPhone. The app shot up to 19th most popular free download and, so the museum reckons, has trebled the number of its visitors.

In the hotly contested film section (TV and cinema commercials) the winner was the somewhat controversial ‘Dot’ created by Wieden & Kennedy London and Aardman Animations for Nokia N8, a smartphone. As a piece of low-budget film-making it’s masterly and involving. On brief too: Nokia has fallen behind in our perception of a desirable smartphone brand and this film, which uses CellScope technology on a bog-standard phone to achieve a remarkable piece of micro-animation, helps to redress the balance. It is one of a series that highlights Nokia’s technical competence in the smartphone arena. The (admittedly non-creative) question mark is: how much of a media budget was spent on disseminating the message? In other words, how many people have seen it?

Stacked up against ‘Dot’ in the final heat was Fred & Farid’s bizarrely amusing ‘Anytime, Anywhere’ TV and cinema ad for Orangina. A series of animals (from giraffes to bears and gay cougars – my own favourite is the iguana sketch) impersonate the actors in a range of cliched television ads, from floor-cleaner to car polish, breakfast cereal to energy drink and zit-buster. The common factor being Orangina starring as the product in every ad. Cut to bloke watching the ads on television, nuzzling up to a sheep (presumably his wife) on the sofa. Animated hommage to Disney, satire of the advertising industry? Who knows? It could only be French. Try it and see:

In the circumstances, there were other commercials that should have made it to the final cut. For example, Ogilvy’s Dove Manthem (you know the one: sing along to William Tell), which was the winner in the toiletries and healthcare category.

Just as odd was the exclusion of Adam & Eve’s ‘Always a Woman’ ad for John Lewis. It lost out at the category stage to Sapient Nitro’s ‘Sneaker Mastermind’ work for Footlocker. Not itself a great ad, but one not dogged by a plagiarism controversy.

Fred & Farid may have been pipped at the post by ‘Dot’ but they triumphed in the outdoor category with an Epica d’Or for their Wrangler Red work. The ‘animal’ theme (lots of that this year) is not new, but the photographic execution was considered outstanding.

More interesting was the final major category, the print Epica d’Or, where M&C Saatchi’s ‘The Last Place You Want to Go’ ad for Dixons narrowly beat BETC Euro RSCG’s Evian ‘Baby Inside’ work.  Evian has made the baby theme something of a trademark these past ten years, each year developing it in a new and interesting direction. This year the image was of adults with the bodies of babies superimposed on their white t-shirts: simple and effective.

But not as startlingly unusual as the Dixons ads, which appealed to the head as much as the heart. It’s good to see outstanding retail print work, full stop; but even better when it employs witty, old-fashioned long-copy which makes elegant fun of the retailer’s rivals. In the eternal struggle for mastery between copy and image, copy definitely won out this year.

So much for the work, but what of the winning countries and agencies? It was noticeable that while France was easily ahead in all winning categories – winners, silver, bronze and total awards – Britain managed to nail three of the four Epica d’Ors (film, interactive and print). It came third overall, but behind France (a long way behind) in the categories winners’ league. Sweden was number two overall, with Germany in fourth place. Far down the league table was the usually feistier Spain.

The top agency was Sweden’s Forsman & Bodenfors, Gothenburg, with 15 awards in total, four of them category winners. Serviceplan Gruppe, Munich & Hamburg – a previous winner – came second. The more important insight to emerge, however, was Y&R’s easy dominance as top network. It had 8 winners across four offices, compared with next-placed DDB’s 4 winners across the same number. Ogilvy came third with four across three. BBDO (like DDB, owned by Omnicom), often an overall winner, has drifted well down the table  (3 over 2).

Taken at face value, that’s something of a pat on the back for WPP creative supremo John O’Keeffe, whose avowed aim is to displace Omnicom as creative top dog. O’Keeffe has his eye on the Cannes Awards, but Epica winners have often proved a useful harbinger.

This entry was posted on Monday, November 29th, 2010 at 8:11 pm and is filed under Advertising. You can follow any responses to this entry through the RSS 2.0 feed. You can leave a response, or trackback from your own site.

One Response to Epica Awards give boost to France – and WPP

Leave a Reply to Epica awards announces its winners – surely a pointer to Cannes? | More About Advertising Cancel reply